Are we Human, or are we Tweep? 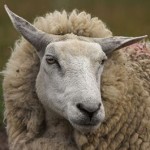 In classical economics, humans engage in value transactions with an eye towards their own advantage.  A plausible and useful hypothesis.  Somehow presupposed is a value calculation, even if often based on fuzzy logic.

Modern cognitive research has shown that our decisions often preceed our consciousness of making a decision.  Only after that do we throw linguistic thinking into gear and tell ourselves a story about what we just decided and why.   Why bother?  Because if the transaction turns out well or badly the story will help us remember the details.  And it gives us something to talk about later around the campfire or the coffee-table.

So if we have a value calculator, it might lie deeper in the brain than the cerebral cortex, or perhaps it is a complex interaction among my various neural networks that starts me off with a “Blink” decision and then sets off a chain of second guessing and re-evaluation, all the while re-writing my story of the event.

Often, I do something because my genetics, parenting and socialization impels me to do it.    I Twitter in hope that others will hear my voice and acknowledge it, and accept me into a system of social connection and value exchange.   I carefully select the people I “Follow” and the people I subtly solicit to follow me.   I have genetics that drive me to seek social standing.   If I have many people following me,  or if I have fewer but more valuable followers, then I feel better, more acknowledged, more important, more secure.  Even if I’m not, really.

A furvor of social interaction based only furvor and no real value fades out or flares out as a fad.   But you can’t always tell that in advance.  It was pretty easy to see that the Pet Rock craze was just a fad, but that’s an easy one.  The thing is, we live in a dynamic system.  Something like Twitter gets started, or something like the personal computer gets invented, and the value to individuals or society may be very slight at first.  But if enough people focus on a phenomenon looking for value, value can emerge from that very process.  I’m not saying Twitter will have the personal computer’s impact on the econosystem, but I’ve decided it’s more than a Pet Rock craze.

But when did I decide that?…