Energy and Economic Renewal in America

Energy and Economic Renewal in America

Two centuries ago, the peoples of America – aboriginal and recent immigrant alike – lived almost entirely off energy from the sun.  The energy of sunlight – that same energy you can feel as heat on your skin – was captured by plants in our forests, pastures, and crop fields.   We harvested it by hunting, cutting wood, growing corn, and raising livestock.

Then, we learned to dig and burn coal – the geologically compressed remains of plants that lived and died hundreds of millions of years ago.  Coal fired a century of rapid industrial growth:  ironworks and steam engines, factories and railways.   Coal furnaces warmed the mansions of the wealthy and coal stoves the cottages and tenements of the poor.

A century ago we began to pump oil from the ground. We refined oil into kerosene for lamps, replacing whale oil and thus saving the whales for the first time.  We learned to refined it into diesel and gasoline for the locomotives, trucks and cars we had recently invented.   And natural gas – associated with oil deposits and generated from the same sources – was tapped to fuel our furnaces and kitchen stoves and to generate electricity. 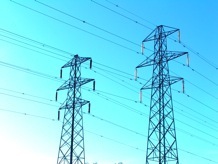 Electricity! We take it for granted now, and miss the wonder of it.  Think of it: millions of tons of copper wire fan like lacework across all our nation, linking major power plants and then branching into billions of smaller strands distributing energy throughout our cities and buildings.  The energy starts with burning coal or natural gas to create steam power, which turns massive magnets inside coils of wire, which causes electrons to move inside the wire, which propagates tens or hundreds of miles to light our lights and run our blenders, computers, televisions, and industrial factories.

For two centuries, a steadily increasing diet of coal, oil, and natural gas has fed the growth of what is now the world’s most powerful nation, the United States of America.  So far have we gotten from the solar economy of the 1700’s that now even our food supply depends utterly on fossil fuel energy.  Mechanized farming, oil-based fertilizers, transportation and refrigeration now mean that more than a calorie of fossil fuel is consumed for every calorie of food we eat! Where once most of the energy that went into a manufactured item was from the muscles of an artisan, now the vast majority of that energy comes from fossil fuels.  There are even barrels of oil hanging in our closets:  whether using synthetic or natural fibers, the production of clothing is very energy intensive.  And of course, all our transportation by road, rail, sea and air runs on oil. 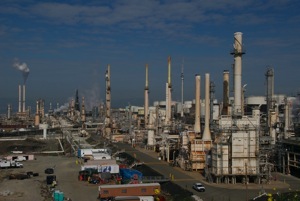 Energy and intelligence make the economy.   All of what we speak of as our economy is based on the conversion of available energy into useful goods and services.  We use our intelligence to find sources of energy, and to invent new ways to convert energy into something useful to society.  Some of what society produces is consumed by individuals, but much of it is invested back into the infrastructure and processes of the economy, allowing it to grow.

Blessed with open lands and rich deposits of fossil fuels, timber, and metal, America emerged from the pre-industrial era to become the richest and most powerful nation on earth.  In physics, power is the application of energy over time.  It is no coincidence that America, the most “powerful” nation on earth economically and politically, is also the country that uses the most energy.  The United States of America accounts for about 5% of the world’s population, but is responsible for about 25% of the world’s annual energy consumption.

As the rest of the world, particularly underdeveloped regions in Asia, South America and Africa, seek to emulate the economic success of the United States, we cannot morally justify consuming such an unequal portion of the feast.  Might does not make right.

If there was an unlimited supply of energy, and its use had no consequences, there would be no problem.  Developing economies could rapidly increase their energy use relative to ours, while we could still use all we needed each year to feed a growing economy. 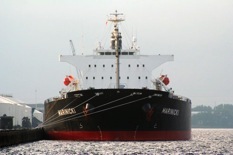 Unfortunately, the supply of fossil fuels is not unlimited, and it is not evenly distributed among countries.  We are importing more than half of the oil we use.The price per barrel is going up, but we are rich and so we can pay for all we need.  Other societies that lack our national wealth have to make do with less.  People in these societies see America’s wealth and personal freedoms and feel a sense of inequality.  Over time, a sense of inequality may grow into resentment.  Admiration can turn to envy, and in the face of economic, political and military dominance by the United States and our allies their aspiration can sink into anger.  America has become an enemy to many of the world’s people.  And that is truly unfortunate.

In the midst of this, we also have learned that the consumption of fossil fuels has dire environmental consequences.  What seems to us as individuals to be a limitless and vast sky turns out to be but a thin film of atmosphere clinging to the surface of the Earth, easily polluted by our society’s industry and consumption.  Two centuries of burning coal and oil and natural gas has changed the air above us.  The waste gases released by burning fossil fuels are trapping heat from the sun like the glass of a greenhouse.  Our planet is getting hotter.  Ice is melting at the poles.  Sea levels are rising.  The weather is changing.  Overall, not for the better.

It sounds bad – and it is—but it is not an unsolvable problem.  Two fundamentals make the economy.  Energy is one, but intelligence is the other.  It is not just how much energy you use that supports growth, but also how well you use it.  Efficiency is just as good as quantity. 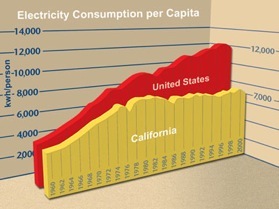 Consider California, where the per-capita consumption of energy has remained nearly flat for 30 years while its economy boomed.  In the same time period, the rest of the United States increased per-capita energy consumption by 50%.   If the programs and incentives  proven in California were to be adopted nationwide, we could realize dramatic reductions in national energy consumption, without sacrificing economic growth.   It isn’t about freezing in the dark of winter.  It’s about buildings that can remain warm on a small fraction of the energy used in most buildings today, energy efficient appliances, and lighting systems that use a fraction of the electricity needed by conventional bulbs.  It’s not about tiny, unsafe cars, but about new materials, new engine technologies, new fuels and innovative public transportation systems.

Intelligence can also find new clean energy sources, and develop them to be competitive with fossil fuel.  Sometimes that only means building new main power lines and switching equipment so that wind turbines in the Dakotas can provide electricity to Chicago.  Sometimes it means regulatory standards on energy efficiency or greenhouse gas emissions. 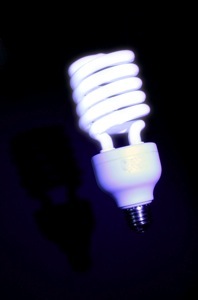 Sometimes it means tax incentives and research grants.  Sometimes it means government leadership and expenditures to upgrade our electrical distribution infrastructure to support local power generation at homes and businesses.

Intelligence itself has two components.  One is the perception of a new possibility.  The other is the organizational initiative to make that possibility a reality.  Right now, what we are short on is leadership.  There are hundreds of understood ways in which we as a society could start using less energy, and hundreds of scientific ideas that should be explored to find new energy sources.  But this is a society-scale problem.  It cannot be solved by individuals on their own or corporations acting on their own.  It certainly cannot be solved by government officials who deny the problem or seek to solve it through military adventures.  It requires individuals and corporations to join together in establishing new norms of behavior.  It’s mostly about an attitude adjustment, a change in priorities.

It’s all about energy.